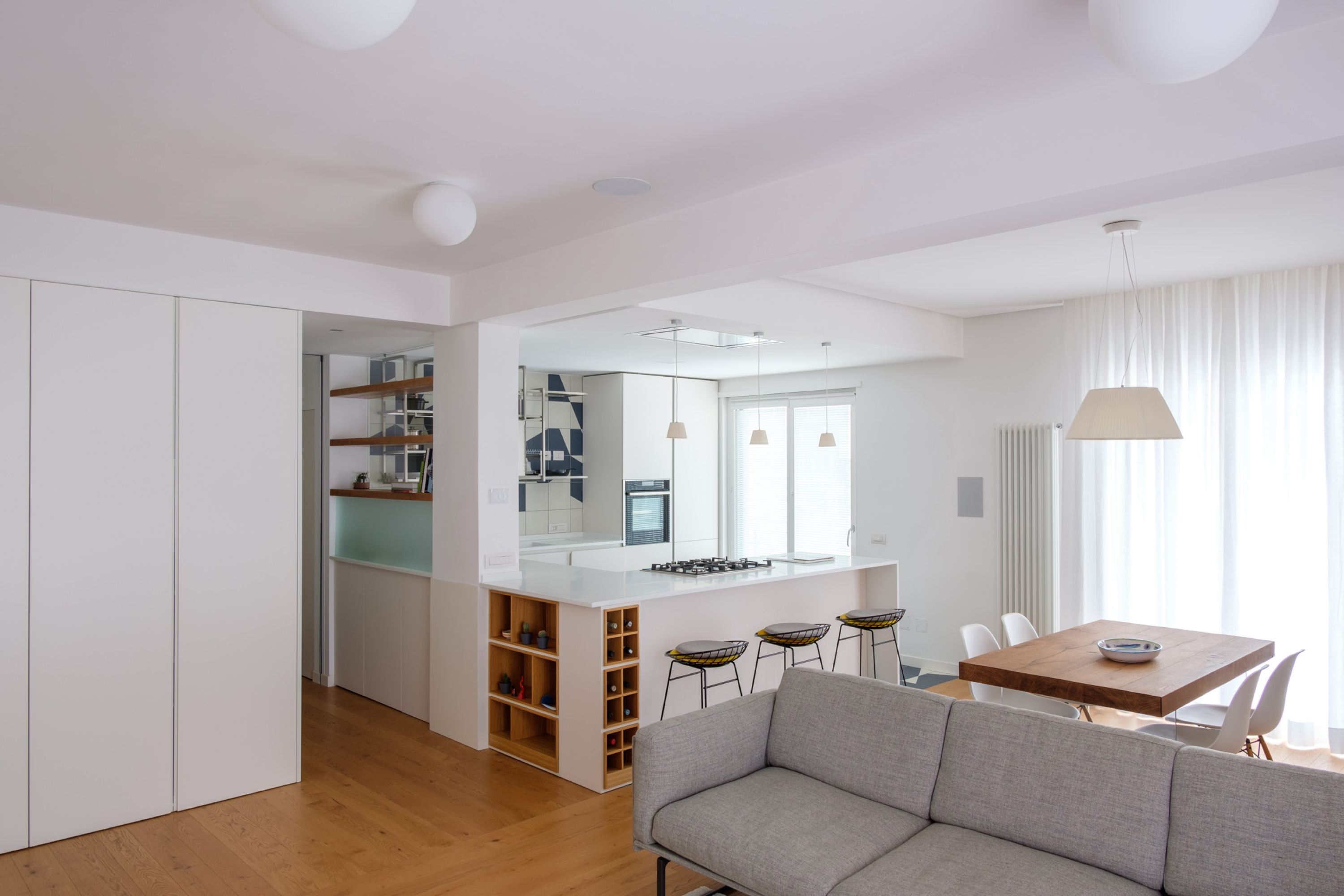 Tōfus is an architecture and design studio based in Naples. Tōfus are Alberto Grasso and Augusto De Cesare, architects raised, trained and continuously influenced by this city.
Tōfus means tuff. It is Latin and comes from Greek. Greeks, also called this stone póros, for its lightness and porosity. Tōfus has the porosity of tuff and therefore absorbs and feeds on inspiration, experiences and knowledge. He aspires to the contemporary and looks to the rest of Europe and the world with hunger, interest and curiosity. Moreover, it cannot ignore smells, colors and light of the Mediterranean.
Tōfus, just like the Neapolitan yellow tuff, aims to combine architecture and belonging to the territory in a single term.

A space with a minimal and essential style that does not exceed with the finish. The predominance of white, contaminated by indigo, enhances the decorative elements and creates huge but always balanced contrasts. Customer requests were for an elegant and functional solution. The layout project involved all the rooms.

Are you an Architect or an Interior Designer?

Start your project with us, we can offer you more than 3700 alternatives of wooden surfaces.